London is the capital and largest city of England and the United Kingdom. Standing on the River Thames in the south-east of England.

The London Western Central area covered is of high density development, and includes parts of the City of Westminster and the London Boroughs of Camden and Islington, plus a very small part of the City of London.

Are you searching for worktops in London Western Central? Are you thinking about renovating your kitchen?
Don’t worry Online Worktops have the solution for you.

Firstly, find the worktop that is perfect for you from our website.

Secondly, if you are not sure about the material or colour, ask us to send you the sample of your worktop selection. By choosing the ‘product sample’ option when viewing your desired product.

Thirdly, send us your kitchen plan as shown in the drawing example. Click here to view the example. This only necessary if you want us to fabricate your worktops (Curved Edge – Laminate, Square Edge – Laminate, Solid Acrylic, Max Top Quartz, Real Wood material).

Isn’t it amazing that you can choose worktops without leaving your home?
(We also offer sinks, taps, flooring, kitchen doors, and carcasses).

The delivery charge will be automatically applied at the checkout depending on your location. 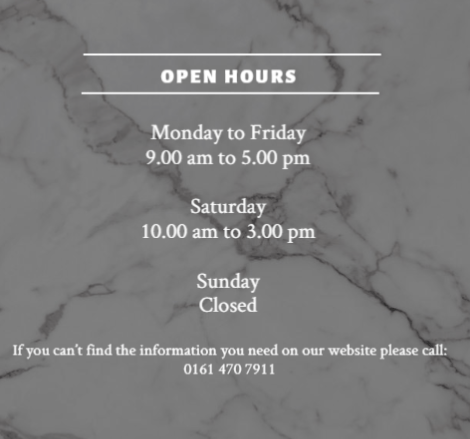 Rebecca ChapmanI am so grateful and I cannot recommend them highly enough.
Read More
I had the most amazing service from online worktops. Also dealing with Debbie from start to finish and I have never ever received a customer experience like I had from this company. Additionally they surpassed all expectations and delivered every promise made. Lastly thank you online worktop for everything that you did. Certainly you 100% went above and beyond.

Mr Timothy Simon JonesFirst class product and service
Read More
First class product and service. Also the team understood exactly what I needed and took great care in cutting the 'off-cuts'. Because they knew how I wanted to use them. In addition I got a great finish on the edges. All in all the worktop looks great. Also, the delivery guy (as well as phoning an hour before delivery, and again 5 minutes before) was on time and went beyond expectation. After that he took them to my first floor kitchen. So I highly recommended Online Worktops.
Previous
Next
This website uses cookies to improve your experience. We'll assume you're ok with this, but you can opt-out if you wish Cookie settings ACCEPT
Privacy & Cookies Policy